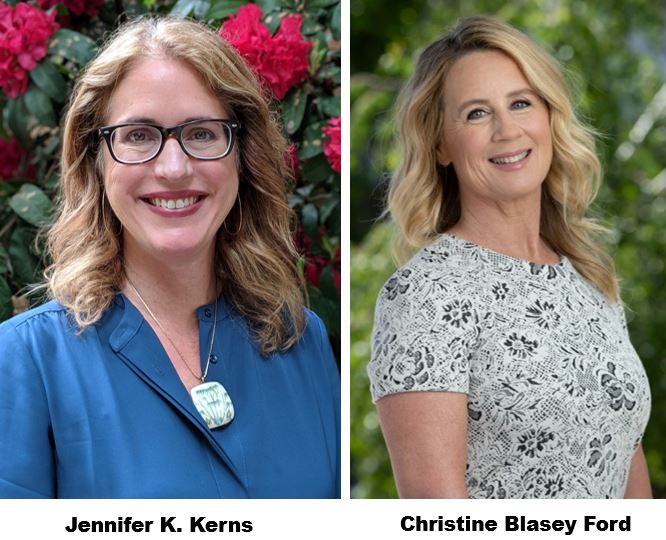 Georgina M. Smith Award
Jennifer K. Kerns of Portland State University and Christine Blasey Ford of Palo Alto University will be each awarded the AAUP’s Georgina M. Smith Award on June 15 at the AAUP’s annual conference. The award is presented to a person or persons who has provided exceptional leadership in a given year in improving the status of academic women or in academic collective bargaining and through that work has improved the profession in general. Dr. Kerns and Dr. Ford have each provided such leadership.

Over the past year, Christine Blasey Ford has demonstrated remarkable courage, grace, and generosity in sharing her own story of sexual assault in the highly public and publicized U.S. Senate hearing.  While her intentions were simply to share her experience so that the Senate could make a fully informed decision about a Supreme Court nomination, her actions have also advanced the status of academic women, along with that of women in general.  and the status of the academy, and the practice of scientific inquiry more broadly.

Jennifer Kerns is currently in her third year as vice president for organizing for the Portland State University chapter of AAUP. The position was created after PSU-AAUP’s historic contract campaign that led to a strike call in 2014, to reflect the organizing priorities a union needs to thrive in the current era . She hosted listening sessions with members of faculty and academic professionals who identified as women, LGBTQ, persons of color, parents and caregivers, and/or persons with disabilities. This work led a  number of people who had not been previously active in the chapter to become member volunteers so as to advance social justice on campus through the labor movement. As a result of her outstanding organizing, PSU-AAUP membership rose after the Janus decision and is now has the highest percentage  of faculty members in its 41-year history. 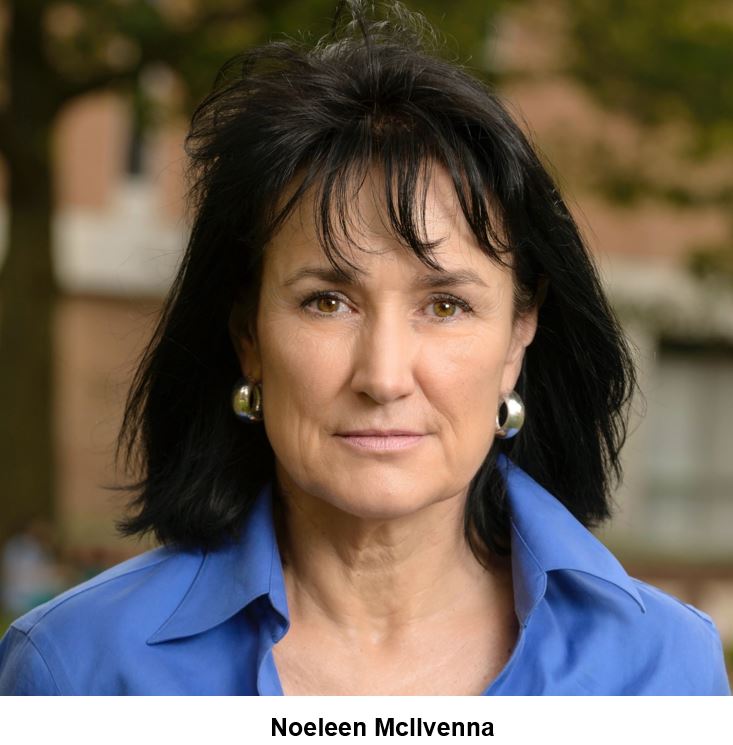 Noeleen McIlvenna of Wright State University is the recipient of the AAUP-CBC’s 2019 Marilyn Sternberg Award. The award is presented to an AAUP member who demonstrates concern for human rights, courage, persistence, political foresight, imagination, and collective bargaining skills. Professor McIlvenna  took over the newly created position of contract administration officer for her chapter during a time when her university’s administration and board were in the midst of running through more than $130 million in reserves. This ultimately resulted in a largely self-created financial crisis. When the chapter began negotiating a new contract and encountered stubborn resistance from the administration, she took on an increasing role in organizing and in the eventual successful strike by AAUP-WSU members. The strike may end up being viewed as an important part of  a resurgence of faculty labor activism both at Wright State and at other universities in Ohio. Without her dedication the chapter would not be as strong as it is today.

Outstanding Achievement Award
The Wright State University AAUP chapter is the recipient of AAUP’s 2019 Outstanding Achievement Award. The award is presented to an outstanding chapter in advancing academic freedom or shared governance; promoting the economic security of academics; helping the higher education community organize; or ensuring higher education’s contribution to the common good. Chapter members fought an unjust contract–staying united throughout the longest strike in Ohio higher education history– to stand for what was best for the university and their students. The faculty at Wright State didn’t crack under pressure and have inspired other chapters towards collective action.

The purpose of the AAUP UConn Chapter shall be to further the interest of all members of the bargaining unit without discrimination by promoting the highest standards of excellence in teaching, research, and public service and, by serving as the members’ collective bargaining agent.